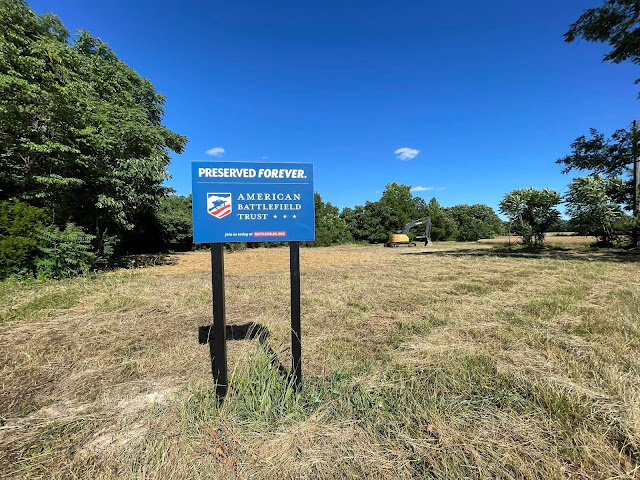 Like this blog on Facebook | Follow me on Twitter | My YouTube videos
I recently spent time reporting in Mechanicsville, Va., for a Cold Harbor-related story. It was good to see the American Battlefield Trust had purchased the site of one of the taverns that once stood at the Cold Harbor crossroads. A post-war structure already has been demolished. Two inns stood at the crossroads in 1864—one photographed by Timothy O’Sullivan on June 4, 1864. It was run by W.P. Burnett. The “Now” image shows that site, although not from the same angle as O'Sullivan's. Here’s an ABT video about the inn. I counted 15 soldiers in this cropped enlargement of the O'Sullivan image, which you can click on to enlarge further:

— Have something to add (or correct) in this post? E-mail me here.