Antietam hospital scene: 'Hold my hand till I die' 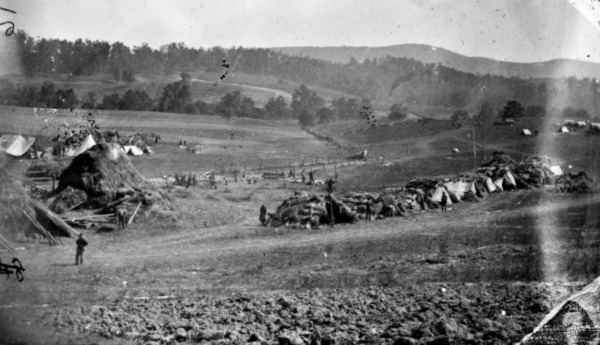 In 1862, this farm was owned by Dr. Otho J. Smith, whose property was used as a hospital for Union and Confederate wounded after the Battle of Antietam. On or about Sept. 20, 1862, Alexander Gardner shot four photographs at the farm, about a mile from the battlefield (see Google Earth view below), while wounded soldiers occupied Smith's barn and outbuildings. (See here, here, here and here.) Other wounded were cared for in makeshift tents covered with straw.


"... then came on to French's Division hospital, where were one thousand of our wounded, and a number of Confederates. The first night we slept in our ambulance; no room in the small house, the only dwelling near, could be procured. The next day was the Sabbath. The sun shone brightly; the bees and the birds were joyous and busy; a beautiful landscape spread out before us, and we knew the Lord of the Sabbath looked down upon us. But, with all these above and around us, we could see only our suffering, uncomplaining soldiers, mutilated, bleeding, dying. Almost every hour I witnessed the going out of some young life. No words can describe the wonderful endurance -- not a murmur, not a word of complaint or regret.

"Many such expressions as the following have been heard: 'Yes, I have struck my last blow for my country; whether I have served my country well others may judge. I know I love her more than life.' The lip quivered with emotion, and the face was full of meaning, as he added, 'I am done with all this, and must meet eternity. I have thought too little of the future. I had a praying mother. O that I might meet her!' Another, a mere youth, with full, round face and mild blue eyes, said, 'Hold my hand till I die. I am trying to think of my Saviour; but think of my mother and father; their hearts will break.' "

Smith's farmhouse, barn and outbuildings were torn down about the turn of the 20th century. My friend Richard Clem, a Washington County (Md.) historian, told me that on sunny days, he saw broken glass from old medicine bottles glistening in this field -- further evidence of the farm's long-ago use as a hospital. 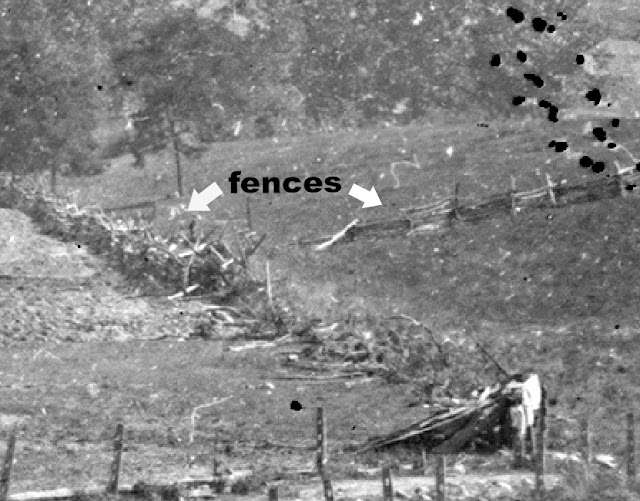 Split-rail fences -- including a broken section ... 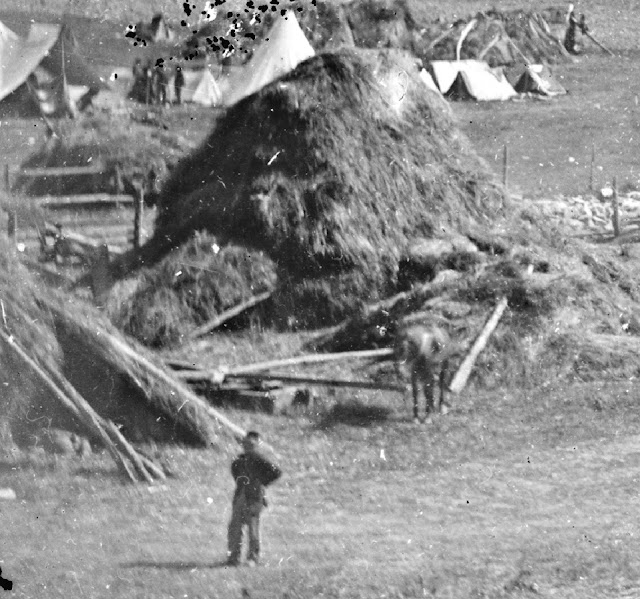 ... a massive hay stack and a soldier apparently staring at Gardner and his camera ... 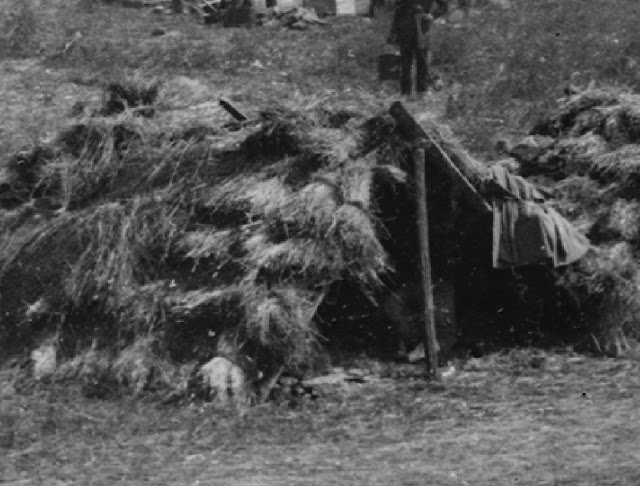 ... and one of several tents covered with straw, a temporary shelter for wounded soldiers. Who knows what suffering took place there?