'Shell and be damned': An officer's bravery at Shepherdstown

Like this blog on Facebook.
On Sept. 20, 1862, the 118th Pennsylvania was routed on the bluffs near Shepherdstown, Va., some soldiers falling to their deaths from the rocky crags high above the Potomac River during their disorganized retreat. "Intensifying the dreadful scene," an officer in the regiment recalled, shells fired by Federal artillery from the Maryland side of the river fell short, killing or wounding some in the rookie regiment as they sought cover in or near the arches of lime kilns on the Virginia side.

"A cry of horror went up from our men, heard across the river," Captain Frank Donaldson wrote about the awful effect of the friendly fire during the Battle of Shepherdstown.

A day later, casualties of the 118th Pennsylvania, mostly solders from Philadelphia, were scattered across the Virginia side of the Potomac. "The silent forms of the dead, killed in the fight, were in plain view," a regimental historian wrote. "It was a sorrowful sight."

Lemuel Crocker, a tall, muscular 33-year-old lieutenant in the 118th Pennsylvania, aimed to do something about it.

Disobeying an order from Union V Corps commander Fitz John Porter forbidding his mercy mission, Crocker crossed the dam breast from Maryland to the Virginia side of the Potomac to aid the wounded and to retrieve the dead. In the army less than a month, Crocker, "absolutely covered with blood and dirt," was carrying a soldier to the river bank when he was approached by an orderly for Porter.

Return at once to Maryland, he told the lieutenant, or a battery would open fire to persuade him.

"Shell and be damned," replied Crocker, who continued his work.


The sensibilities of Lieutenant Lemuel L Crocker had been aroused by the necessary abandonment of the dead and wounded, left uncared for and unattended in the precipitate withdrawal. He entreated Colonel [James] Barnes so earnestly for permission to go and care for the forsaken ones that the colonel fully comprehending the impropriety of the request at last reluctantly consented to present it to General Fitz John Porter, the corps commander. It met with a flat, emphatic refusal. There was no communication with the enemy and it was not proposed to open any. War was war, and this was neither the time nor the occasion for sentiment or sympathy. But Crocker was not to be deterred in his errand of mercy, and in positive disregard of instructions, proceeded deliberately, fully accoutred with sword belt and pistol, to cross the river at the breast of the dam. It was a novel spectacle for an officer armed with all he was entitled to carry to thus commence a lonesome advance against a whole army corps. Bound upon an unauthorized mission of peace and humanity, a little experience might have taught him his reception would have been 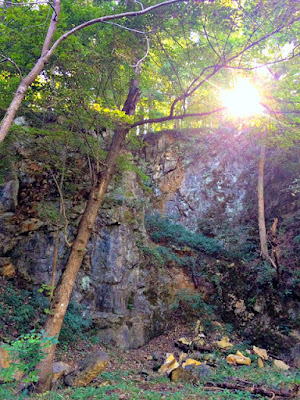 more cordial if he had left his weapons at  home. Still, it was Crocker's heart at work, and its honest manly beats bade him.

He found the bodies of [Courtland] Saunders, [Joseph] Ricketts and [J. Mora] Moss, and Private [Edward] Mishaw, badly wounded but still alive. He was bearing them one by one upon his shoulders to the river bank when he was suddenly interrupted by an orderly from General Porter, who informed him that he was instructed to direct him to return at once or he would order a battery to shell him out. His reply was: 'Shell and be damned.' He didn't propose to return until the full purpose of his undertaking had been accomplished.

The orderly thus abruptly disposed of, he continued his operations, when he was again interrupted by an authority which, if it failed to command respect, could enforce obedience. He had carried all the bodies to the bank, and was returning for the wounded Mishaw, when a Confederate general -- whom Crocker always thought was Lee but in this he was mistaken -- accompanied by a numerous staff, came upon the ground. An aide de camp rode up, inquiring, with some asperity -- explaining that no flag of truce was in operation -- as to who and what was his purpose in being there and by whose authority.

Crocker's work, which he had conducted wholly himself, had put him in a sorry plight. He was of large frame, muscular and finely proportioned. He had carried the bodies over his left shoulder and was absolutely covered with blood and dirt, almost unrecognizable as a soldier, and his voice and form alone indicated his manhood. His reply was prompt and ingenuous: he had been refused permission to cross by his corps commander, to whom he had made his purpose known; the dead and wounded of the regiment that fought on that ground yesterday were of the blood of Philadelphia's best citizens and, regardless of the laws of war and the commands of his superiors, he was of opinion that humanity and decency demanded that they be properly cared for, which, no one else attempting, he had determined to risk the consequences and discharge the duty himself. The simplicity and earnestness of this reply prompted the further interrogation as to how long he had been in the service. "Twenty days," responded Crocker. The gentle "I thought so" from the lips of the veteran general showed that the ingenuousness and sincerity had wholly captured him. He bade him continue his labors until they were fully completed, pointed out a boat on the shore that he could utilize to ferry his precious freight across the stream, and surrounded the field with a cordon of cavalry patrols to protect him from further molestation or interruption.

A panoramic view of the Potomac and the Maryland side of the river.
(Click at upper right for full-screen experience.)

But Crocker had a host of troubles to face upon his return. He had openly violated the positive commands of his superior; he had been shamefully insulting to the messenger who bore his superior's instructions; and had acted in utter disregard of well-known laws governing armies confronting each other. Still, there was something about the whole affair so honest, so earnest, and so true, that there was a disposition to temporize with the stern demands of discipline. And he had fully accomplished his purpose -- all the bodies and the wounded man were safely landed on the Maryland side. However , he was promptly arrested.

Colonel Barnes, who had watched him through all his operations, was the first of his superiors who was prompted to leniency, and he accompanied him to corps headquarters to intercede in his behalf. They were ushered into the presence of General Porter, who, shocked at such a wholesale accumulation of improprieties and angered to a high tension by such positive disobediences, proceeded, in short and telling phrases, to explain the law and regulations -- all of which, if Crocker didn't know before he started, he had had full opportunity to gather in during his experiences.

Then followed moments of painful silence, and the general inquired whether he had seen a gun which the regulars had left upon the other side the day before and, if so, what was the likelihood of its recovery. Crocker replied that he had not, but had noticed a caisson, and that he did not consider it likely it would ever come back. Returning to the subject, the general continued his reproof; but considering his inexperience, unquestioned courage and evident good intentions, he finally yielded, concluding that the reprimand was sufficient punishment and released him from arrest and restored him to duty.

POSTSCRIPT: Crocker, who later fought with the 118th Pennsylvania at Chancellorsville and Gettysburg, resigned his commission on Feb. 26, 1864, probably to care for his ill wife. After the war, he lived in Buffalo, where he was superintendent of the stock yards and worked in fertilizer and brewing businesses. "One of the most enterprising men in the city," Crocker died of a stroke at his home in Buffalo on March 27, 1885.

"He was a man of strict integrity, and great benevolence," The Buffalo Evening News wrote about the 56-year-old veteran, "and many a cattle dealer who has been at times pressed for funds will remember with gratitude his generous tenders of his assistance." 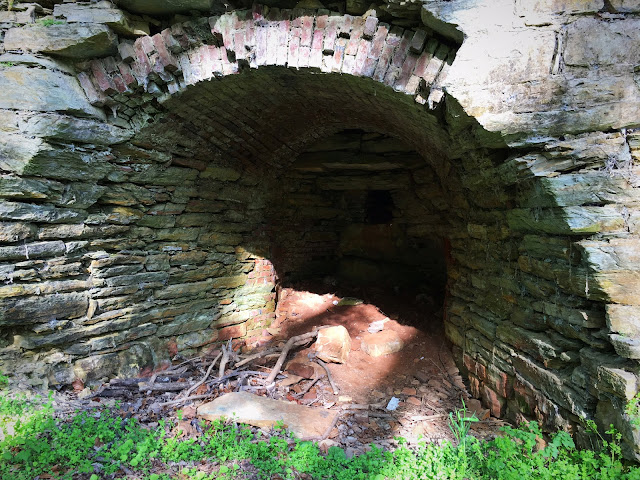