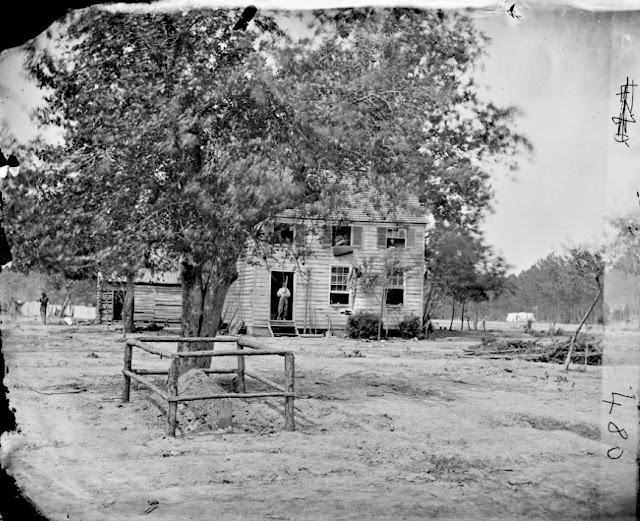 George Barnard, whose Seven Pines images I examined in this post, wasn't the only photographer employed by Mathew Brady to photograph that Virginia battlefield in June 1862. James Gibson, who may have been Barnard's supervisor, also shot images there -- including this one of a two-story, frame house used as a hospital by Union General Joseph Hooker's division.  On May 31-June 1, 1862, the armies fought to a draw at Seven Pines (or Fair Oaks), eight miles from Richmond. Among the more than 11,000 casualties was General Joseph E. Johnston, the commander of Confederate forces in Virginia, who was severely wounded by a shell fragment and replaced by Robert E. Lee. You may have heard of him. Enlargements of the TIFF version of this glass-plate image, available on the Library of Congress web site, include fascinating details, many not obvious in the original. ... 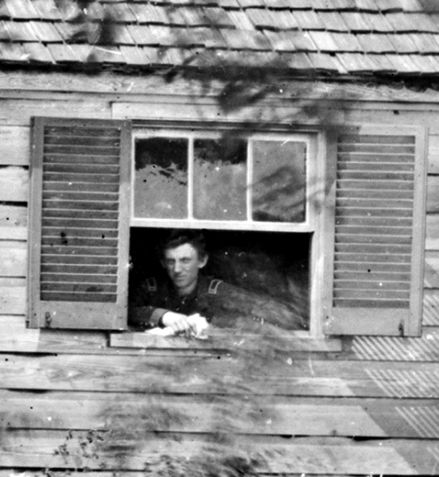 ... on the second floor, an officer leans toward an open window, apparently peering at the photographer. ... 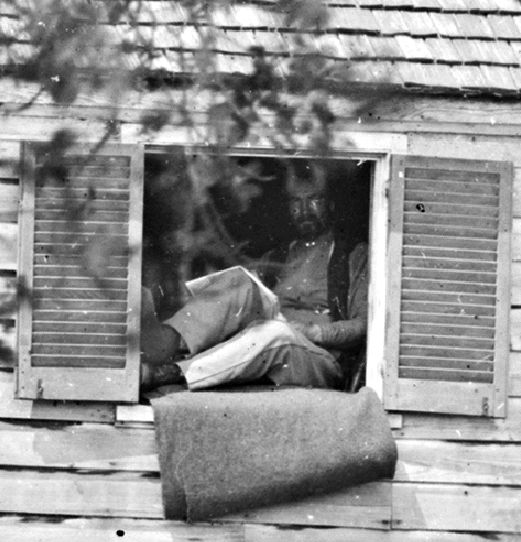 ... while another man on the second floor, his feet propped against the window sill, relaxes with what appears to be a newspaper. Perhaps he read details of George McClellan's Peninsula Campaign, which eventually led Little Mac to change his base or retreat, depending on your perspective.  After a series of defeats, the Federals earned a victory at Malvern Hill on July 1, 1862. But their campaign to take Richmond was over. By mid-August 1862, the Union army had been transported north from Harrison's Landing on the James River. 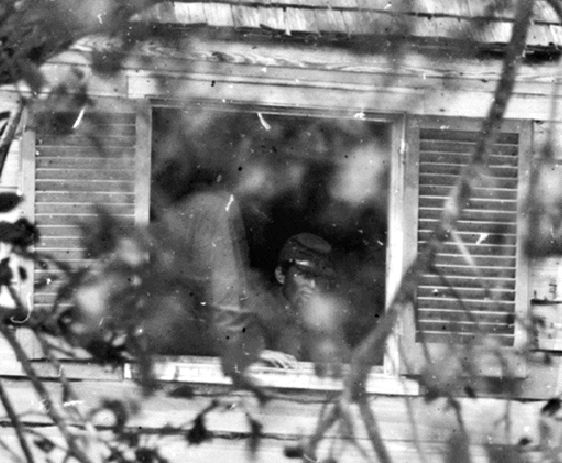 ... in the far left window on the second floor, two men are partially obscured by tree branches. ... 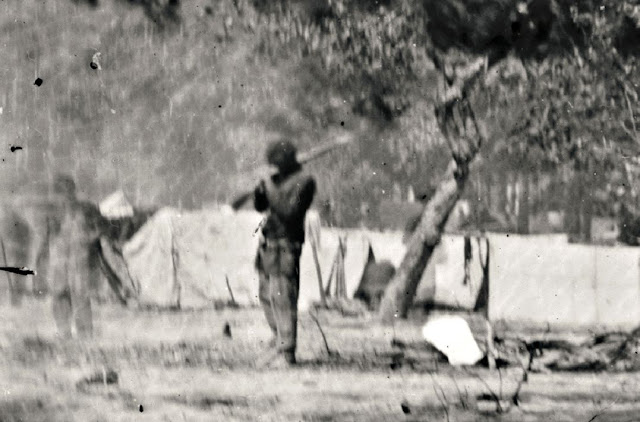 ... behind the house, near a wood line, two soldiers and tents in a Federal camp ... 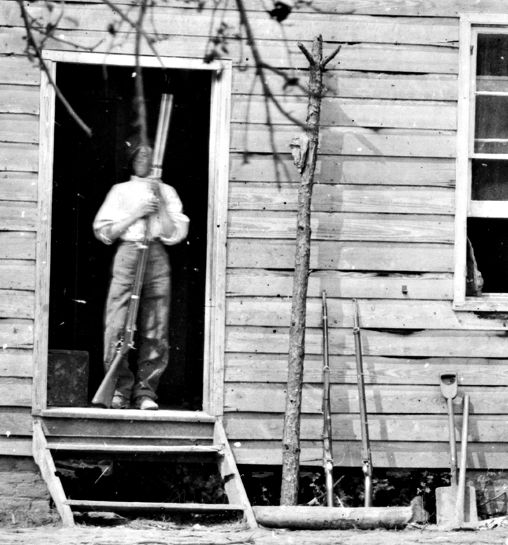 ... with a bayonet attached, this soldier's musket towers above him. Two other muskets, a shovel and a pick ax lean against the house. ... 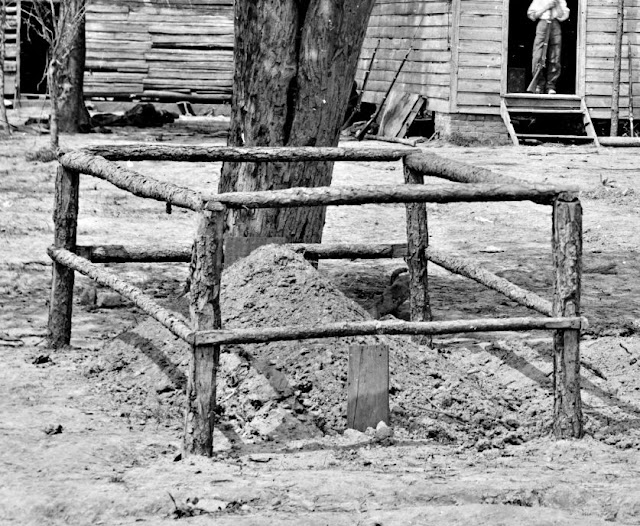 ... perhaps the shovel seen near the doorway was used to dig this grave, probably for a Union soldier. A small fence made of logs surrounds the gravesite, an unusual treatment and an indication this may have been an officer's grave. A pile of freshly turned dirt obscures the headboard, making it impossible to decipher the name, rank or regiment of this person.

(Some Civil War photographs are so sharp that details such as the names of soldiers on grave markers may be easily read. See my posts here, here, here, here and my favorite example here.) After the war, this soldier's remains may have been disinterred and re-buried at Seven Pines National Cemetery. Sadly, the identities of only 141 of the 1,357 soldiers buried there are known.

What else do you see in the image?


Have something to add (or correct) in this post? E-mail me here.