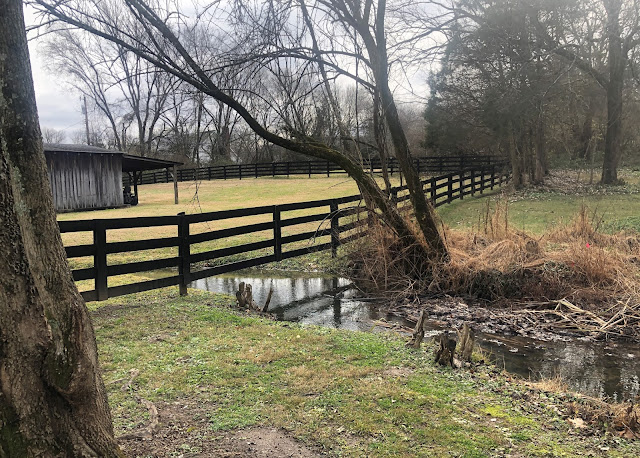 The spotlight didn't just shine on Gere that winter day in Washington. After he told his Battle of Nashville story, the other soldiers present recounted the capture of their flags. Not all the stories were teeming with extraordinary heroism.
On Dec. 16, Corporal Frank Carr of the 114th Ohio recaptured a Federal cavalry guidon. He got stuck in abatis when his regiment was forced to retreat. "A fellow came up and asked me to surrender," Carr told Stanton. "I wouldn't do it, but put on my bayonet and was going to stand a fight when the fellow ran and dropped his flag."
Also on Day 2, Private Wilbur F. Moore captured the colors from a Confederate battery. "The color-bearer was in a small line of rebels," he recalled, "and was trying to climb the hills. I shed my knapsack to go out for him, and captured him and a captain of the same regiment, too."
Each soldier at the ceremony handed his trophy to a Mexican War veteran, who placed the flag atop the display of muskets. "... when the last silken standard had been placed there," according to a post-war account, "the effect was brilliant and thrilling. The varied hues of the rainbow lighted up the sombre apartment in a blaze of color."
Clearly impressed with the soldiers, Stanton shook each man's hand. Then he briefly expressed appreciation.
“In behalf of the Government of the United States I return to you its thanks," he told the soldiers, "and the thanks of the people, for your noble gallantry. Accept also the gratitude of the department for yourselves and companions in arms."
The honorees were granted a 30-day furlough and advanced a month's pay. They later received another award from a grateful government: a Medal of Honor.
Before they departed the War Department, Gere and his Tennessee detachment saluted Stanton. The man who managed the Union war machine waved back ... and wept.

* A 7th Minnesota captain disputed the capture of the flag by May. See post on Dan Masters' Civil War Chronicles blog.
** Collins, who was present at the ceremony in Washington on Feb. 22, 1864, received the Medal of Honor for capturing a flag on Christmas Eve 1864 at Richland Creek, Tenn., during Hood's retreat.
-- Sergeant Alfred Ransbottom of the 97th Ohio attended the Washington ceremony. Ransbottom was honored for "extraordinary heroism" on Nov. 30, 1864, at the Battle of Franklin, where he captured an enemy flag.
Posted by John Banks at 10:13 PM