Where Albert Sidney Johnston fell at Battle of Shiloh

In 1902, Confederate Army commander Albert Sidney Johnston’s wounding site at Shiloh was marked with a large monument that includes pyramids of 8-inch shells and an upright 30-pounder Parrott tube. A bronze plaque on the old cannon notes the time of Johnston’s mortal wounding: “2:30 p.m., April 6, 1862.”

Fifty yards away, in the ravine, a large, red-bordered historical tablet marks the spot and time -- 2:45 p.m – of Johnston’s death. A large crack snakes through the cast iron, slicing between the last two letters in the general’s first name. In raised, red letters, visitors may read details of Johnston’s death.

This video was shot months before a fallen tree (below) narrowly missed severely damaging the old marker. 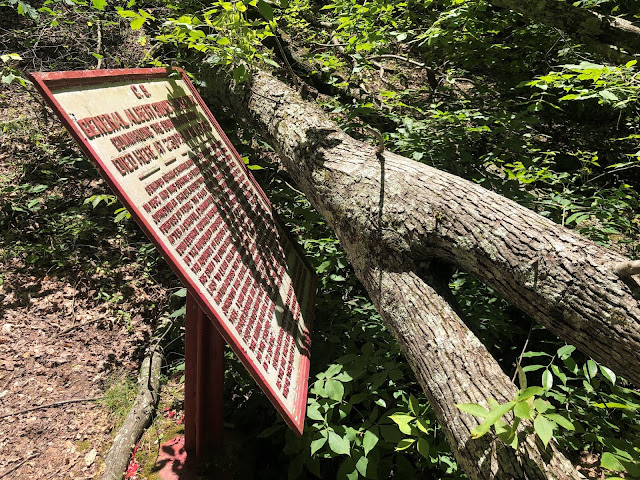