A Tennessee church and 'returning dust of immortal Cleburne'

Like this blog on Facebook | Follow me on Twitter
In April 1870, a delegation from Arkansas traveled to Ashwood, Tenn., to recover the remains of Patrick Cleburne for reburlal in his adopted hometown of Helena.“... one of the bravest soldiers and one of the grandest heroes of our war for Independence,” the local newspaper called the Irish-born Confederate general, who was killed at the Battle of Franklin on Nov. 30, 1864.

Cleburne's disinterment was a major event in the rural area, roughly 40 miles south of Nashville. On the morning of exhumation, area citizens accompanied Arkansas Judge Leonard H. Magnum, the general's  wartime aide, and Dr. L.H. Grant, a Helena druggist, to St. John’s Episcopal Church Cemetery. Every spring since Cleburne’s death his gravesite there had been covered with flowers “by the loyal and beautiful ladies of the neighborhood.”

(Shortly after the Battle of Franklin, Cleburne was buried in Columbia’s Rose Hill Cemetery, but he was removed following his comrades' discovery that Yankees also were buried there.) 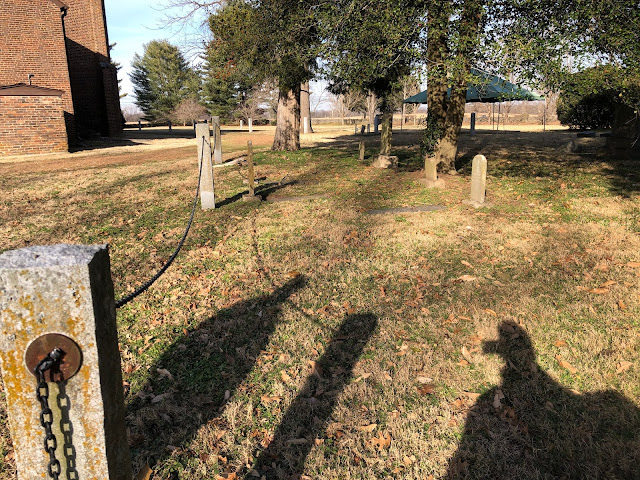 At St. John’s Cemetery, Cleburne’s coffin was found “very much decayed,” and “not a particle of flesh was remaining” on his skeleton. But the uniform the general was buried in was well preserved.

Cleburne’s remains were escorted to Columbia, where they were placed in St. Peter’s Episcopal Church, steps from a home once occupied by 11th U.S. President James K. Polk. (The still-operating church is at 311 W. 7th Street,; the Polk home stands, too.)

“...some of our most prominent citizens, both young and old, sat up all night with the returning dust of the immortal Cleburne,” the Columbia newspaper reported.

Columbia businesses were closed the evening Cleburne’s body was taken in a hearse to the train depot for the journey to Arkansas. Masons formed on each side of the church entrance — Cleburne was a member of Helena’s Masonic Lodge. Then, as the St. Peter's Episcopal Church bell tolled, Masons led the procession, which included former Confederate generals Lucius Polk, Gideon Pillow and John C. Brown in carriages. Following the dignitaries walked a large group of citizens -- no surprise given the popularity of “The Stonewall of the West.”

“Immense processions,” the Columbia newspaper reported, “are expected to meet the dead hero at Memphis and Helena, the final destination.”