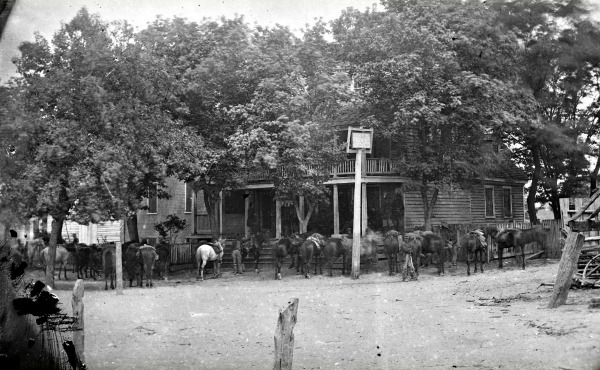 On June 4, 1864, Union cavalry gathered at Old Church Hotel while their infantry comrades about five miles south in Cold Harbor, Va., dodged fire from Confederates and dug in for an extended standoff. Photographer Timothy O'Sullivan captured the hotel scene, which appears unremarkable at first glance.

One-hundred and fifty-three years and one day later, I dodged nothing but raindrops and busy morning traffic along Old Church Road to shoot a present-day image of O'Sullivan's long-ago stereoview. Enhanced by increasing contrast and using other modern magic, cropped enlargements of O'Sullivan's photo reveal cool details. (William Frassanito analyzed the image in his 1983 book, Grant And Lee: The Virginia Campaigns 1864-1865.)  In need of TLC, the old inn in the hamlet of Old Church is a private residence today.

Two apparently grim-looking cavalry officers, too indistinct to identify, stare at the cameraman from the porch of the Old Church Hotel, used by General Phil Sheridan as his cavalry corps headquarters ... 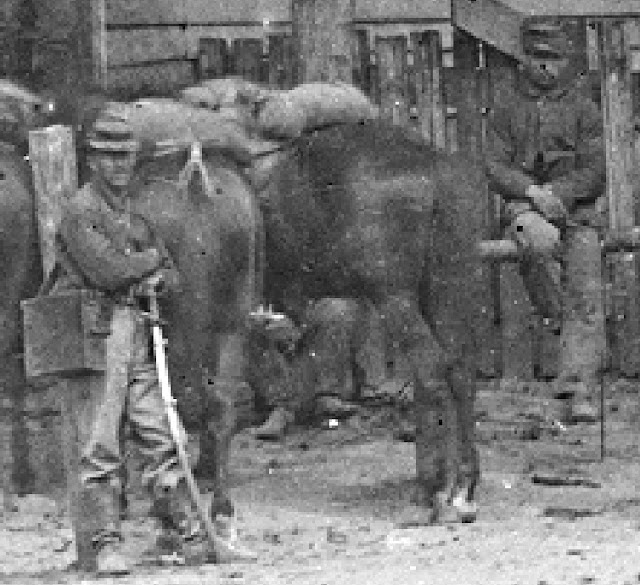 ... while two other soldiers — one standing and leaning on his saber and another sitting on a railing — appear among at least two dozen horses in the photo. Animals found plenty of forage in fields in the immediate area, which, unlike much of the vicinity today, remains rural ... 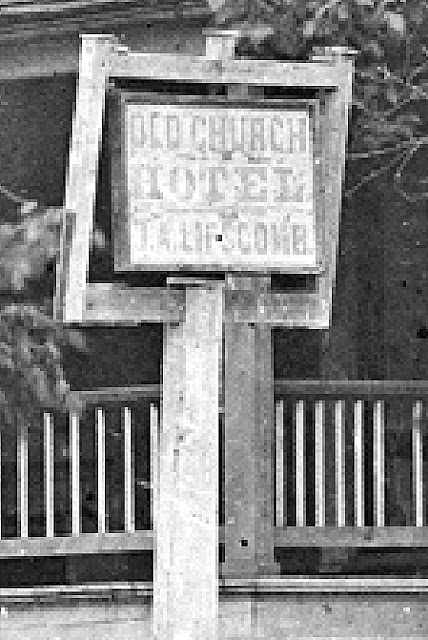 ... O'Sullivan's photograph shows the name of the hotel's proprietor — J.A. Lipscomb — which appears on the large sign in front of the two-story structure. Too bad we can't see anyone peering from the windows or porch on the second floor ... 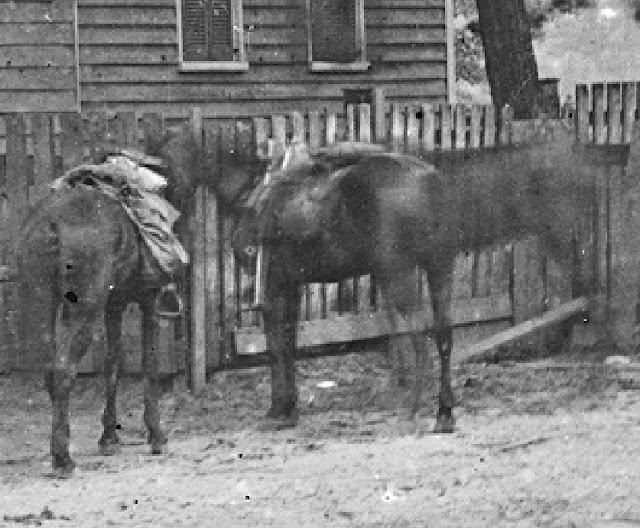 ... but we can easily see these two horses. Or is it three? One apparently is unable to remain still for O'Sullivan. And is that what we think it is at the hind legs of these nags? Ah, fellas, c'mon!

-- For large-format Then & Now images, visit my blog here.